The need for affordable housing is great in Central Ohio.  But the reasons why the shortfall exists are many, and complex. We want to share with you some basic background on the historic causes of a lack of affordable housing, especially as it impacts communities of color.

Prior to the 1930s, purchasing a home through a loan was fraught with risk for the home buyer.  A standardized loan product didn’t exist to ensure everyone was treated fairly when attempting to purchase a home.  In the 1930s the Federal Government began offering a federally backed 30-year mortgage loan which began to standardize the mortgage loan industry and offered protections to some home buyers.  In order to protect the government’s investments in this program, a rating system was established to help guide banks on which loans would be the least amount of risk.  Government raters were sent around the country giving each neighborhood a rating of green, blue, yellow, or red.  Homes in areas that were rated green or blue were considered safe investments, and mortgages in those neighborhoods would be federally backed.  Homes in areas rated yellow or red were not considered good investments and thus would not have federal backing.  This process became known as redlining.

The problem with redlining was that the ratings were not based on the age and quality of the housing stock, nor on the particular location, but the predominant factors which affected rating were the racial and ethnic mix of the neighborhood, along with the economic condition.  Predominantly white, homogenous neighborhoods with higher-income residents received the highest rating, with predominantly African American and lower-income neighborhoods receiving the lowest rating.  Over the next 30 years, while this program was in force, the federal government invested billions of dollars into green and blue neighborhoods, while driving disinvestment in yellow and red neighborhoods.  By 1966, homes in redlined neighborhoods were worth less than half on average of those in green neighborhoods. 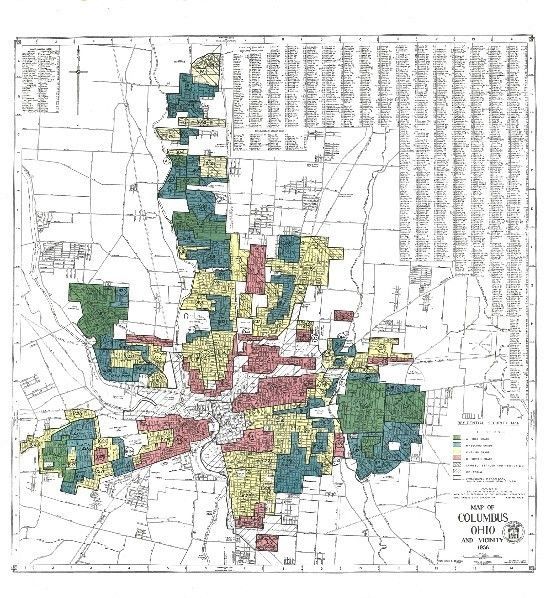