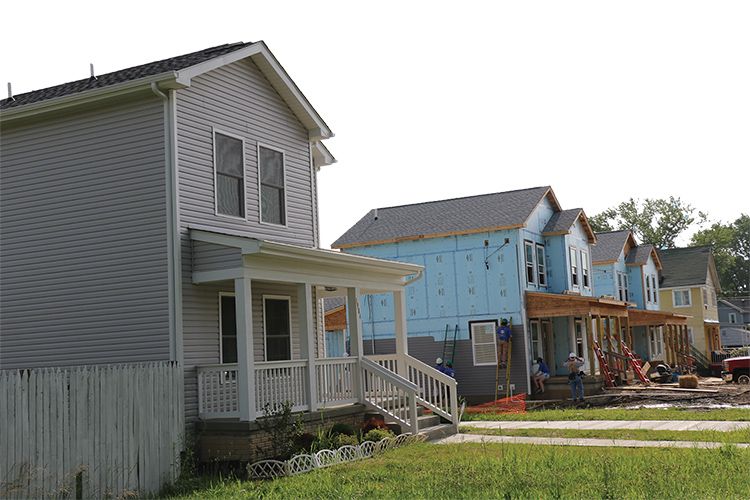 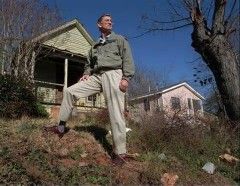 The idea for Habitat for Humanity was first voiced at Koinonia Farm, a Christian farming community founded in 1942 in rural southwest Georgia to be a “demonstration plot for the Kingdom of God.”

Millard Fuller, an entrepreneur and attorney, and his wife Linda made their way to that demonstration plot in 1965. Although a self-made millionaire by age 29, Millard’s health and marriage had begun to crumble. To save their marriage, the Fullers decided to begin anew, and sold all that they owned, giving their money to the poor. In their searching, they landed at Koinonia where they began soaking up the teachings of farmer, theologian, and community founder Clarence Jordan.

In time, Jordan and Fuller launched a program of “partnership housing,” building simple houses in partnership with rural neighbors who were too poor to qualify for conventional home loans. The first house was dedicated in 1969 and others soon followed. In 1973, the Fullers took the concept of partnership housing to Africa. Within a few years, simple concrete-block homes were replacing unhealthy mud-and-thatch homes…and Millard Fuller had a bold idea: If partnership housing could improve lives in Georgia and Zaire, why not the rest of the world? 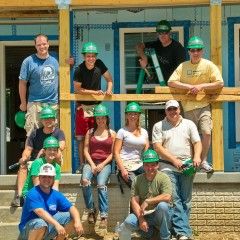 In 1976, the Fullers returned to the United States and launched Habitat for Humanity International. By the organization’s 25th anniversary, tens of thousands of people were volunteering with Habitat and more than 500,000 people were living in Habitat homes worldwide. Mr. Fuller lived to see the organization he founded build its 300,000th home in December 2008, but he passed away unexpectedly in February 2009.Habitat affiliates work locally in communities around the world to select and support homeowners, organize volunteers, and coordinate house building.  Since 1987, Habitat for Humanity-MidOhio has partnered with a broad coalition of individuals, churches, and businesses to serve nearly 800 families in Central Ohio.